In a colorful celebration of merging cultures and African heritage, students and administrators from all over Africa gathered in Kampala, Uganda to celebrate the 50th anniversary of the Federation of African University Sports (FASU).

The year 2021 marked the golden age of FASU—one of the oldest continental bodies of FISU. Formed in 1971 by 17 universities from ten African countries, FASU has carried on the initial desire of the founders of bringing the continental university system to prominence, resulting in massive growth having churned out national and international stars and now representing 40 national university sports governing bodies. 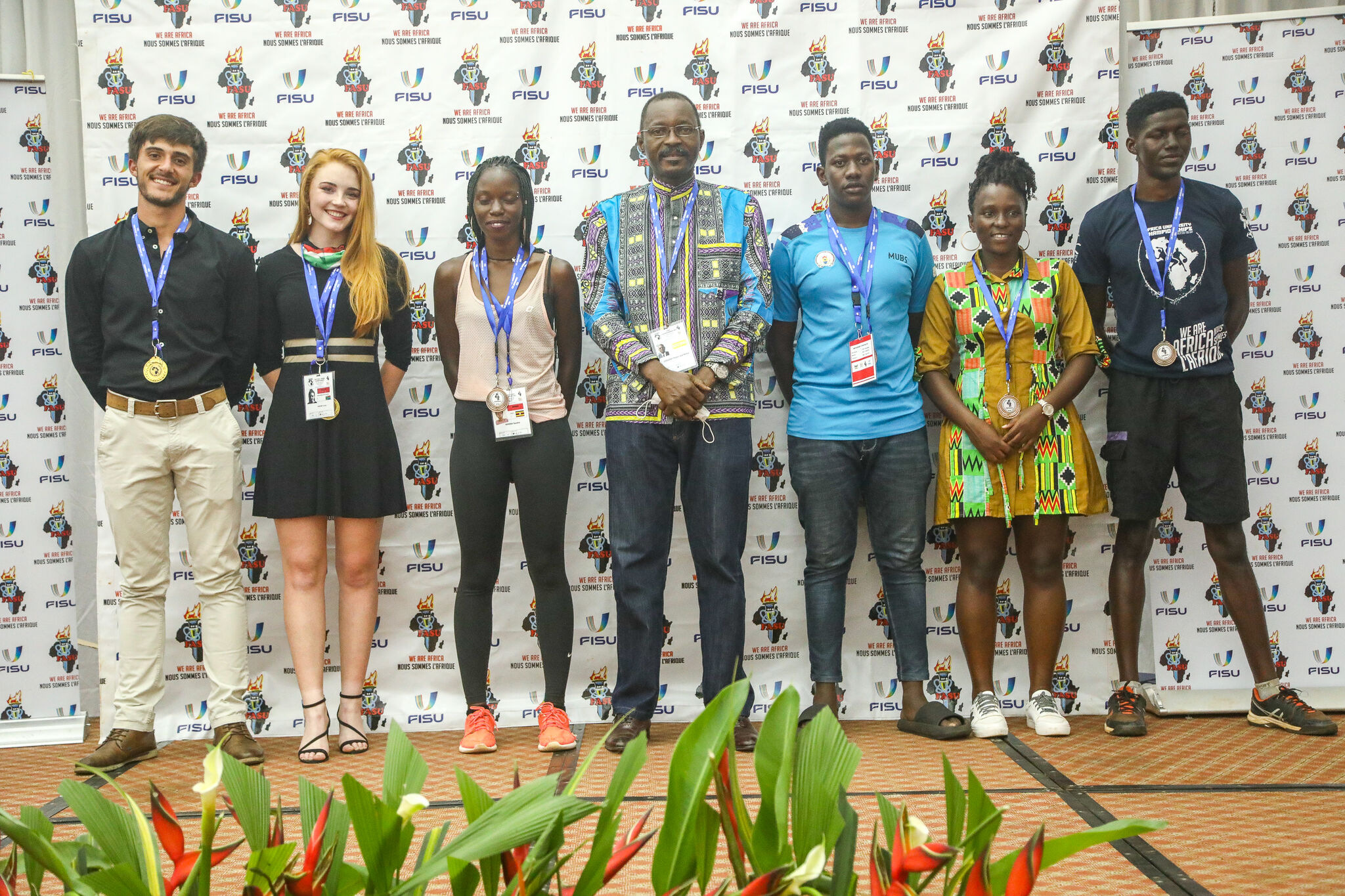 The governing body at FASU put together a series of events in commemoration of this milestone, also tagged as “FASU @50” through setting up a monthly webinar to reflect on the past and plot a path for the future.

FASU @50 kicked off with its first webinar on 11 August 2021, looking at the theme of “journey and milestones, casting a torch on our growth path”. In this session, current and past members of the FASU Executive Committee explored the past that resulted in almost 30 years of dormancy and how they were able to get back on track to re-establish the organization, thus forging a path for the development of university sport in Africa.

The second webinar was spearheaded by students, including athletes and volunteers as they discussed the topic of “the role of students in the growth of university sports”.  This topic was scheduled to coincide with the celebration of the International Day of University Sport (IDUS) on 20 September 2021.

In October, the live celebrations and gala held in Kampala brought together students, administrators and university sport enthusiasts at the first presential event organised by FASU since the COVID-19 pandemic that halted all sporting activities in 2020. The gala was preceded by the Kings of Africa Rugby 7s tournament and the FASU Tennis Slam Championships. The festival of colours brought back activities to the sports arena at Makerere University in Kampala, Uganda, in which athletes from 18 universities across five countries took part in the three-day sporting events. 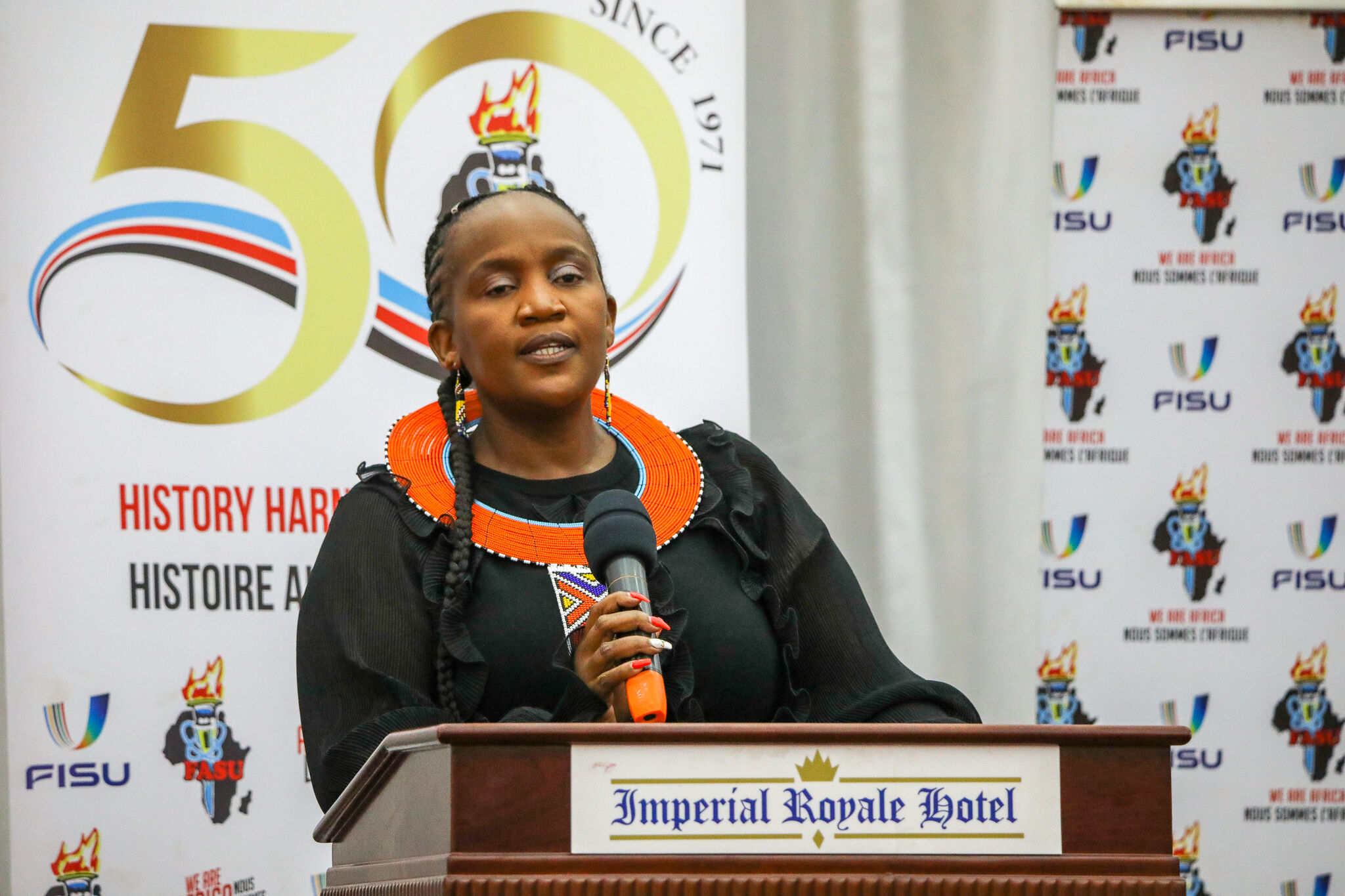 President of FASU, Ms. Nomsa Mahlangu, praised the efforts of the past leaders while encouraging students and student-athletes in the continent to see themselves as the next generation of African sports leaders.

“FASU has come a long way,” she said. “This year we celebrate 50 years of the milestones for the Federation of African University Sports and in this time like any journey, there have been huddles, potholes and holdbacks and despite the stop and starts that we have faced. Today, I stand with great joy in my heart that as an organisation we are not only existing, but thriving in the right direction like hosting our very first women’s rugby sevens tournament”.

She also expressed her gratitude to the institutions who have overtime intentionally invested in women’s participation in sports activities and spoke about the organisation’s role in the continous growth of sports across the continent.

“We have a long way to go in Africa when it comes to sports participation and medals, but I believe as the university system we bear the responsibility of increasing the medal count of Africa to build the next generation of African sports leaders,” she concluded.

As part of the gala events, FASU rewarded some of its living past and present members who have played relevant roles in the development of the organisation. Among the awardees were 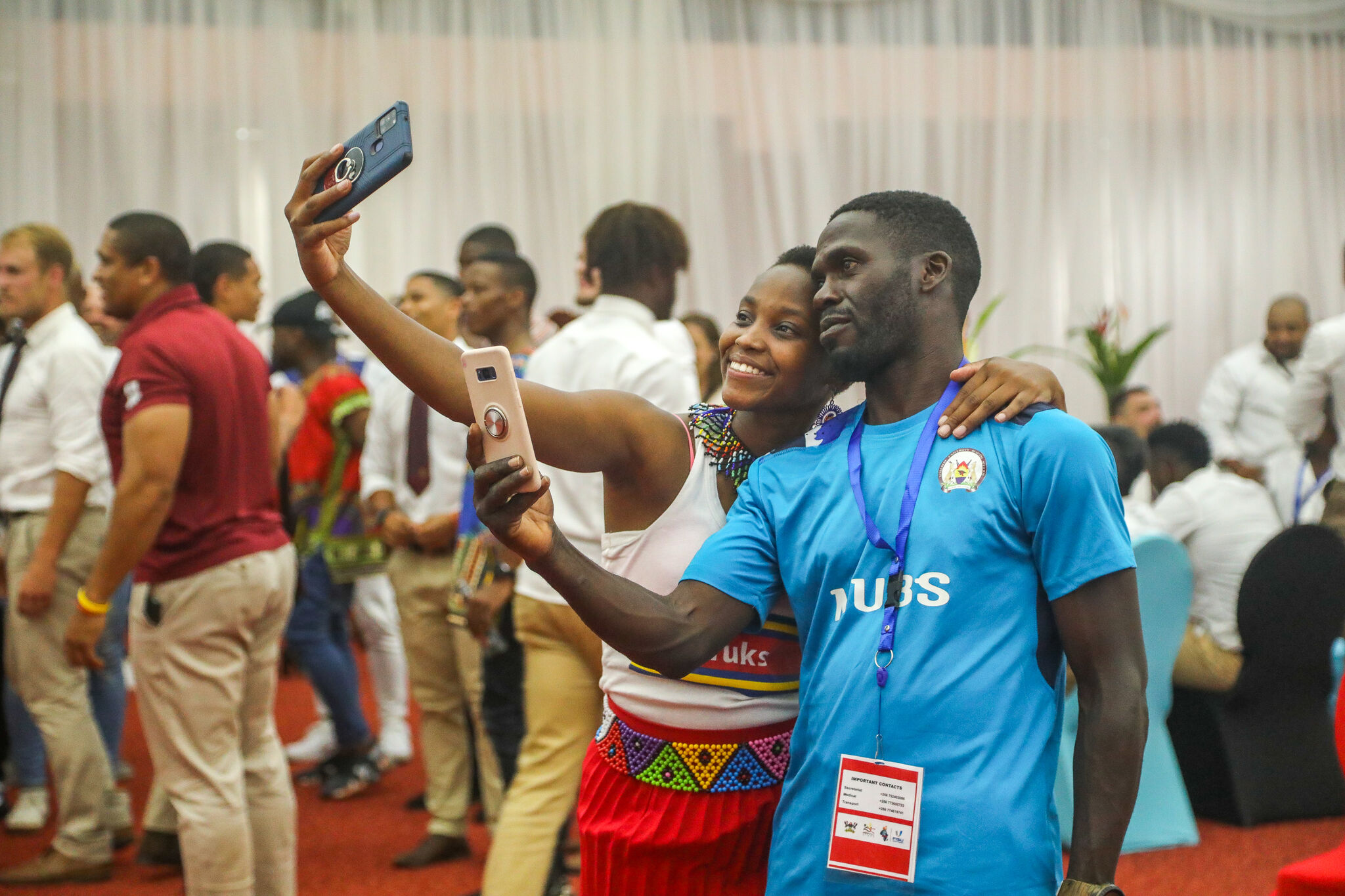 In his speech, former FASU President Dr. Ralethe Malumbete described his enthusiasm at the fact that the organisation has overcome obstacles over the years to not only prosper but is now an avidly developed organisation led by capable women and supported by an active student body.

“First I would like to commend the past generation who saw fit that amongst other things to achieve peace, unity and progress within the African continent that it is important that people within the umbrella of university sports team together to form what became FASU, something that we are proud of and is why we have adapted the message ‘we are Africa’ ‘nous sommes l’Afrique’. With this, we work towards the ambition of the African sports restoration,” he explained.

Other events scheduled for the year included a webinar held on 10 November themed as “50 years ahead, the African University Sports legacy I want to see,” along with “how national politics has affected university sports in Africa,” scheduled to take place on the 8 December 2021.

FASU remains committed in developing university sports events across the continent and will round off its yearly calendar with the 3X3 basketball championship and the cross-country race both in Kenya as it anticipates the 10thFASU Games scheduled for June 2022 at Kenyatta University in Nairobi, Kenya.