The Libyan Students Sports Federation, in its mandate to develop university sports in the country, has turned its attention to creating and maintaining championships of individual sports to increase student participation and general involvement in sporting activities across its university campuses.

The latest in a trend of university championship in the country is the 3X3 basketball tournament organised in commemoration of the International Day of University Sports and a qualification tournament to the African 3×3 basketball championship scheduled in November 2021, hosted in Nairobi, Kenya. 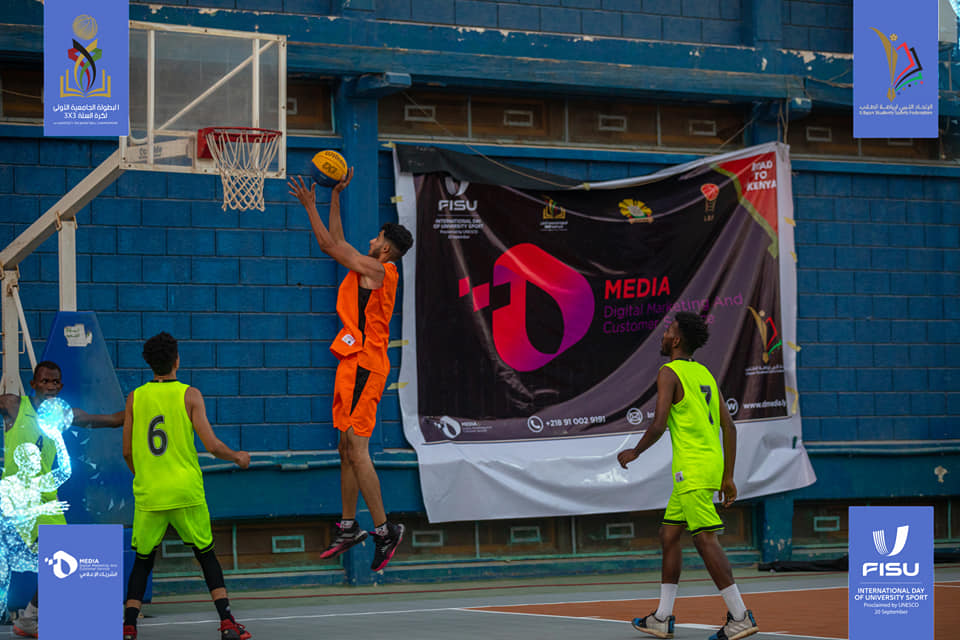 Using these kinds of championships as a way for sports engagement for universities in Libya began with the Beach Volleyball Championship for Peace, held at the Municipality of Almaya, Al-jfara University and Al-azema club in Wershfana from 24 to 25 June 2021 with 20 teams taking part.

The Secretary-General of the Libyan Students Sports Federation, Mr Tariq Ahshad, said that the level of the championships was satisfying especially with some players having the opportunity to face others from a different part of the country, with different levels of talent and experience.

“The only obstacle we currently face is the land mass and travel limitations in Libya, which has limited the number of participating students due to the long-distance they have to travel, the plan is to spread the game within universities and to organise regular championships,” said Mr Ahshad.

Speaking from a volunteer’s perspective on the importance these championships for the development of university sports participation in Libya, FISU Student Ambassador Jihad Hamadi also spoke about the progress of sport within the federation.

“Since the Libyan Students Sports Federation was founded, this year has been the most active,” said Jihad. “We brought youth together from all parts of Libya and the championships have helped us to evaluate the true potential of the players and made the selection process for the international event a lot easier and more effective”.

The Libyan Students Sports Federation anticipates adding more sports to its calendar for the 2022 season, in which its main focus on sending a delegation to the FASU Games in June, and the Chengdu 2021 FISU World University Games in June 2022 with athletes that will not only participate, but also stand a chance against the world’s best and a spot on the podium.